Sands Resorts Macao and art collective teamLab have announced the name of their groundbreaking permanent interactive experience to officially open at The Venetian® Macao in February 2020 – teamLab SuperNature – and revealed some of the exhibits set to thrill visitors. Tickets are now on sale for previews from Jan. 21 via Cotai Ticketing (www.cotaiticketing.com). 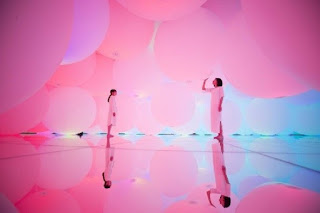 teamLab SuperNature will offer a digital-only, constantly evolving “body immersive” space, a world of artworks that blur the boundaries between the human body and art. Visitors will be able to explore new relationships between humans and nature as well as gain a fresh perception of the world.

This new destination at The Venetian Macao will be housed in Cotai Expo Hall F, boasting 5,000 square metres of labyrinthine floor space. With eight metre-high ceilings throughout, the space will be transformed by teamLab into an extremely complex, three-dimensional world across varying elevations, featuring immersive and compelling artworks.

teamLab believes that everything exists as part of a continuity. However, people have difficulty recognising this because they perceive each existence as separate and independent. teamLab SuperNature aims to make the boundaries between the body and the artwork ambiguous, and transform the relationships between oneself, others, and the world into something continuous.

teamLab SuperNature will also include new, unprecedented, and immersive ‘Future Park’ and ‘Athletics Forest’ areas. Future Park is an educational project and amusement park based on the concept of collaborative creation, or co-creation. Meanwhile Athletics Forest is a creative athletic space that helps train spatial awareness. It develops the body as well as the brain, based on the concept of understanding the three-dimensionality of the world through the body.

Currently under construction, teamLab SuperNature has announced some of the artworks visitors can expect to see ahead of the opening, with further installations to be announced. 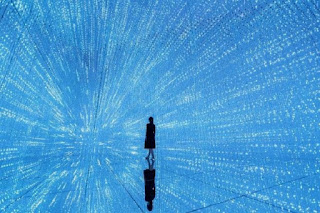