Since the Rwanda Development Board (RDB) doubled the price of gorilla permits from $750 to $1,500 at the beginning of June, bookings for the bucket-list experience of gorilla trekking have slumped, according to some local industry players.

“Ever since the price was increased, I have only sold one gorilla permit,” said one local tour operator who preferred anonymity. “I think that was a very big mistake RDB made because even the tourists who used to come for other attractions have reduced; they think that now everything else in Rwanda is expensive, yet the prices for other products have not changed.”

Toward the end of May 2017, Rwanda increased the price of gorilla permits from $750 to $1,500 for both local and international tourists alike, effective immediately.

Defending the price increase, RDB CEO Clair Akamanzi said that the decision “came at a much-needed time, after careful consultation and consolidation with key stakeholders; key stakeholders within the tourism and conservation industry were in agreement that the sooner the better adage is applicable this time round.” 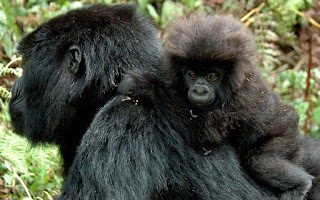 But according to some local tour operators, the price increase is forcing some price-conscious tourists to opt for neighboring Uganda, even though many believe that Rwanda still remains the best place to view the critically-endangered species.

“Since the announcement, I have been to Uganda three times for gorilla-trekking expeditions, and I know how many Rwandan cars I have met there looking for alternatives,” said Darius Dosantos of Kings Travel Centre, a local tour and travel firm.

Dosantos went on: “At Kings Travel Centre, we had to refund money to three clients who had sent it two days before the announcement and that’s lost business. We have not got any bookings since then.”

Following Rwanda’s announcement, the Ugandan government said it had no plans of increasing the price of gorilla permits, at least not any time soon. Permits in Uganda still cost $600 per person during peak season and $450 in the low season. DR Congo, the only other country where the iconic mountain gorillas reside, charges $500 per person.

Doubling the price of gorilla trekking permits was seen as one of the ways Rwanda is positioning itself as a high-end tourism destination in the region.

“Every country has its way of doing business, and I believe they have a reason. If they believe that high-end tourism is the way to go, then why not? But basically they should have a considered a number of factors from suppliers and local vendors before increasing the price,” says Dosantos.