This year marks the 15th anniversary of the Corinthia Hotel St. Petersburg, and the event is being celebrated with an array of activities, including a rate of 15% off accommodation when booked on the hotel website. 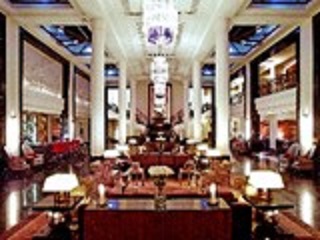 The anniversary rate includes breakfast and the deal must be booked with a minimum of 48 hours in advance.

There is also an offer for business travelers. When booking a meeting, the 15th delegate goes free.

Already in this anniversary year, 120 guest bedrooms have been refurbished including a brighter and fresher color scheme, two new room types and deluxe rooms and family deluxe rooms.

Located in the heart of St Petersburg, the luxury, five-star Corinthia Hotel St. Petersburg is within easy reach of the city’s major cultural and artistic landmarks and is only a two-minute walk from the city’s efficient metro.

The hotel opened in 2002 after a Euros 100m (approximately 112m US dollars) renovation and expansion program, which refurbished three majestic 19th-century buildings - two on Nevsky Prospect, known as the Champs-Elysees of St. Petersburg – and one on Stremyannaya Street. The latter was the residence of the Samoilov family, a famous Russian theater dynasty, and their family museum is still housed in the heart of the hotel today.

In the twenties to fifties, the main building operated as Hotel Hermes, for the next three decades as Baltiiskaya Hotel and from the early Nineties all three buildings as Nevsky Palace Hotel managed by Marco Polo Hotels Group. In the late Nineties Sheraton Hotels took over the hotel until Corinthia bought the property in 2002.

Today, the hotel is a 21st-century grand hotel and one of the leading five-star hotels in the city. Its opulent interior showcase art and modern luxury. The hotel’s Art Deco Royal Suite is the largest luxury suite in St. Petersburg, occupying the entire third floor of the hotel’s executive wing, and includes a private elevator.
Posted by eTN Editor at 5:00 PM