Vietnam has the only waterslide park in the world devoted to Buddhism. Here, sacred animals like dragons and unicorns take center stage, and golden monkeys make mischief with visitors as they take pictures and selfies. 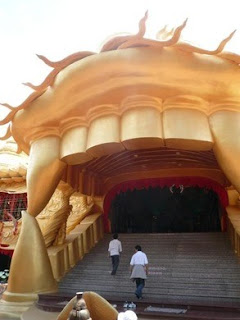 The park is located rather unromantically next to a rubbish dump, but denying the location, Suoi Tien is known as "the fairy stream.” The animism works well for the theme park; instead of Mickey and Daffy, Suoi Tien has chosen the dragon, unicorn, tortoise, and phoenix as its sacred animals, used thematically throughout the huge water park. Furthermore, workers in golden monkey outfits roam the park taking pictures with visitors and causing "mischief." 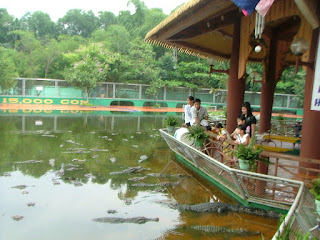 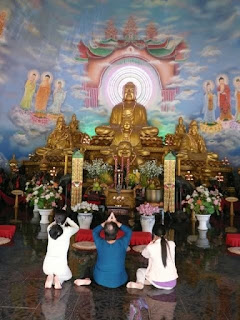