Guests can languish in luxury at the five-star Corinthia Hotel Budapest for a fraction of the true value, if they’re smart. 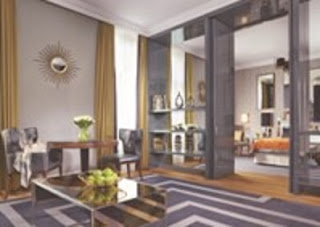 Early Bird rates at the hotel, one of the grandest in the city, can be up to 20% off. An Advance Purchase Rate from Euros 99 (approximately $109) requires a booking be made seven days in advance. This rate excludes VAT and City Tax.

Typically, a lead-in rate at this landmark hotel is Euros 120 (approximately $132) excluding tax and fees. 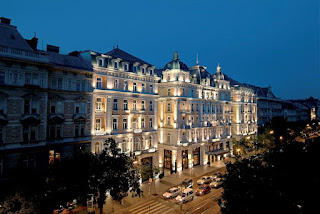 Another special rate at Corinthia Hotel Budapest is triggered when guests stay two nights or more. Guests then enjoy a rate which is 25% discounted on the Best Available Rate.

The not insignificant savings can be splurged at the hotel’s fully restored 19th-century spa or at one of the hotel’s three elegant eateries and two destination bars which include The Rickshaw Restaurant with tastes of the Orient and the Brasserie & Atrium for more casual international dining.

Minimum 2-night stay deal: includes accommodation for two and access to the Royal Spa. The deal is valid to December 23, 2016 and is subject to availability. It is exclusive of VAT and City Tax. 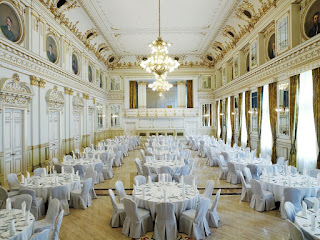 First opened in 1896 as the Grand Hotel Royal, Corinthia Hotel Budapest remains one of the grandest hotels in the city. This impressive landmark, with an imposing Neo-classical façade and soaring six-storey glass atrium, was meticulously renovated in 2003 following its acquisition by Corinthia Hotels. It houses 439 luxurious rooms, including 31 suites and 26 apartments. Through its architecture and interior design, the hotel offers glimpses of a bygone age, and the building’s rich history seamlessly blends with state-of-the-art facilities and modern technology. The hotel’s original 19th-century Spa has been restored to reflect its former grandeur, while simultaneously offering ESPA’s cutting-edge treatments and technologies. Corinthia Budapest boasts the largest conference facilities of any of Hungary’s five-star hotels. From authentic Far Eastern cuisine at the Rickshaw Restaurant, to traditional sweet Hungarian cakes and pastries, or a delicate selection of delicious Spanish tapas, every palate is catered for at the hotel’s four elegant eateries and two destination bars.

Corinthia is a global collection of luxury five-star hotels founded by the Pisani family of Malta in 1962. Since 2000, Corinthia has evolved into a multifaceted public company, trading as International Hotel Investments (IHI) plc, which is the owner, developer and operator of Corinthia Hotels and commercial real estate worldwide. Guided by family values and inspired by the core principles underpinning the Spirit of Corinthia – authenticity, passion, precision and understanding – our focus is on ensuring craftsmanship in the hospitality world and delivering honest, discreet service. Each of Corinthia’s hotels and resorts, in some of the most exciting cities in the world, are a tribute to architectural grandeur and cultural traditions. The Corinthia portfolio features the flagship Corinthia Hotel & Residences in London, as well as award-winning Corinthia Hotels in Budapest, Malta, St Petersburg, Prague, Lisbon, Khartoum and Tripoli. Corinthia recently also announced the acquisition and redevelopment of the landmark Grand Hotel Astoria in Brussels, to be relaunched as a Corinthia Hotel, as well a new luxury beach resort under construction by the Meydan Group in Dubai, to be known as the Corinthia at Meydan Beach. Both hotels are due to open in 2019.